It's spring! what better than to start spring with a new review!
Crows Zero

Actors
Oguri Shun -> Genji Takiya (Hana Yori Dango, Hana kimi, Tokyo Dogs,...)
Takayuki Yamada -> Serizawa (Waterboys, ...)
Kuroki Meisa -> Ruka Aizawa
Kyôsuke Yabe -> Ken Katagiri
Kenta Kiritani -> Tokio Tatsukawa
Suzunosuke Tanaka -> Chuta
Sousuke Takaoka -> Izaki Shun (Battle Royale, ...)
Goro Kishitani -> Hideo Takiya
Fumaki Motoki -> Rinda Man
Tags
Fighting - School - Power - Who's Boss?!
Story
Based on the manga
In short,  Genji, the son of a Yakuza boss, is entering the Suzuran All-Boys High School as a transferred senior with the goal of conquering the school.
In long, well it's been some time since I saw it but I think the "In short" says it all. It's all about "Who gets to be the ruler of the school"
There's a 2nd movie out, Crows zero II, but I haven't seen it yet. I am planning on though if I can't find anything else to watch (so this will take a while, we'll see)
What do I think?
Overall this is a film for boys with all the fighting going on, so if you like films with romance, lovydovy feelings, than don't bother watching.
However, if you like fights and well, though guys or are a fan of Oguri shun (like me) you should watch this!
In the beginning it's weird to see Shun play the dumb and brutal one,I only saw him play "cool" roles like in Hana Yori Dango (the handsome mystic helpful hottie), Binbo Danshi (the really naive boy),  Detective Conan (the smart and cool detective) and Hana kimi (the cool mystic hottie)
So I had to get used to this somewhat rough Oguri Shun. But in overall he's fun to watch!
The one that caught my attention between the other actors is Takayuki Yamada. Loved his expressions!
There are some really cool fighting scenes, like a big scene where they are fighting in the rain.
In an interview, I heard they started out filming wearing protection in all the fighting scenes but they just sat in the way so in the end they fought without any protection (except for head punches)
In one sentence
Fight, fight, fight!
Riechan's values:
Music: 8/10
Acting: 8/10
Story: 7/10
Happy wappy: 1/10
Fight: 10/10
Blood and Gore: 5/10
Tears: 2/10
Pictures 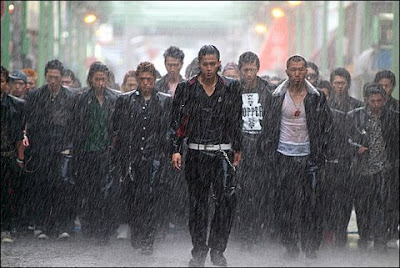 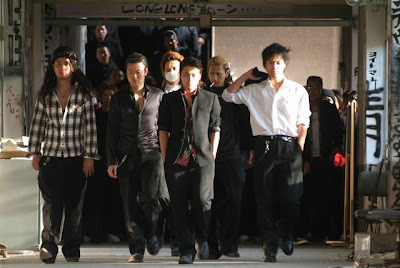 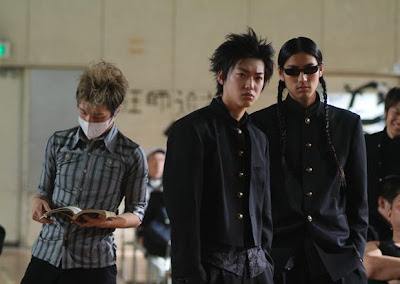 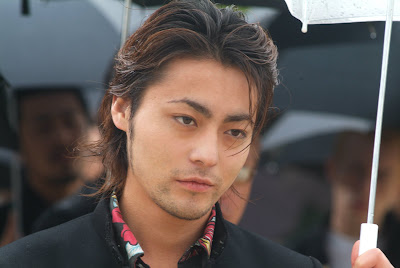 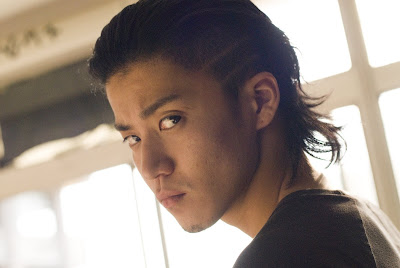 Want to see?
Watch it on Drama Crazy or MySoju
Was this review useful to you? Let me know!
Labels: asian drama_review

New comments are not allowed.